Born 1944 in Seattle, Washington, John was raised in a middle-class family in Juneau, Alaska. He served in the United States Navy and after his honorable discharge he set up residence in San Diego, California.

In San Diego, John worked in different jobs in property management, restaurant hospitality, and the beauty and transportation industries. His real interest, however, was stock trading. From the time he received his first regular paycheck, John knew he wanted to invest his money in the stock market. He educated himself in investing, researching companies and their financials, and faithfully invested half of each paycheck in the market throughout his lifetime. As a result of his disciplined and shrewd investing, John built up an impressive stock portfolio.

Despite a significant personal fortune, John led an unpretentious lifestyle. He enjoyed watching classic movies, collecting Elvis Presley memorabilia, and spending time with four-legged friends. John was happiest when in the company of animals, particularly dogs. He spent very little of his money on himself, preferring to pass on the joy he felt in the companionship of animals by providing a legacy to help shelter pets. It is John’s devotion to animals that forms a cornerstone of the John R. Peterson Foundation. 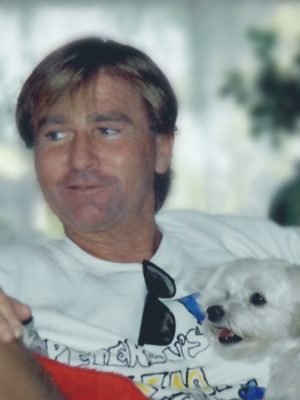